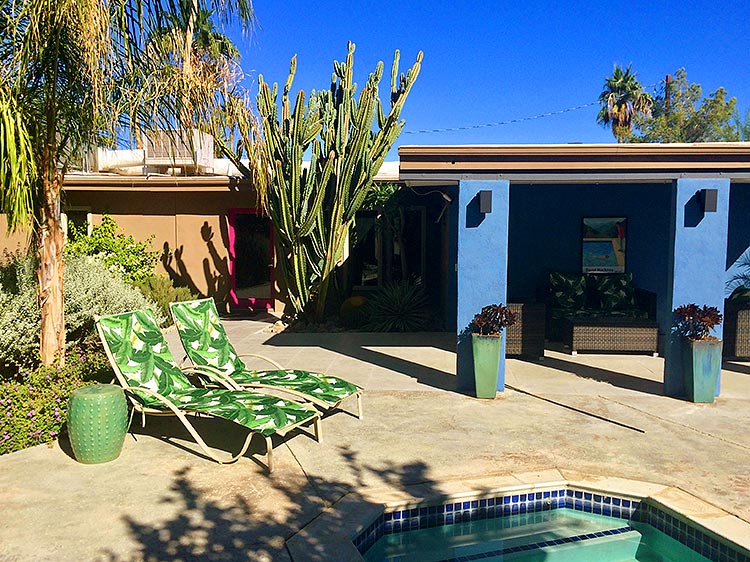 Cathedral Canyon got its name in 1850 from Colonel Henry Washington. The colonel thought the impressive rock formation in the San Jacinto Mountains resembled the interior of a church. German born Desert symbolist Agnes Pelton was among the first artists to move 1930 into the cove that was then still a lonely and quite desolate desert outpost. Pelton’s paintings are on display in the Palm Springs Art Museum. Art historian compare the painter with more commonly known Georgia O’Keefe.

Today the cove consists of 1200 sometimes quite eclectic houses. Roughly about hundred artists live today in the cove. Every year in February they show their work to the public in an art walk. The Cove is also quite popular with the LGBT community. At the bottom of the Cove a variety of bars, restaurants and resorts cater to the gay community. The top of the cove is the starting point for desert hikes into the San Jacinto mountains that surround the cove to the south, east and west.

Upscale shopping on Palm Deserts El Paseo is 15-minutes-drive away. Downtown Palm Springs has one of the biggest movie theaters in the desert. Grocery shopping can be done at the local Trader Joes.